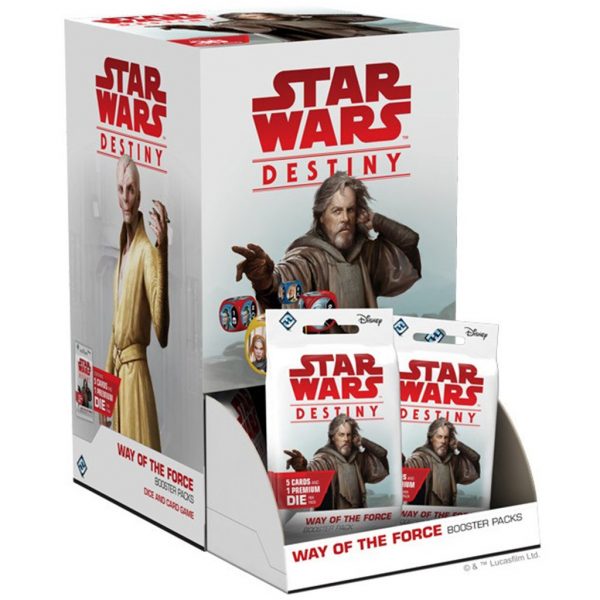 The Force is a mystery to many in the Star Wars™ galaxy. Empire’s have risen and fallen throughout the galaxy, yet the Force has remained a constant. Whether it’s the allure of the Dark Side or the path of the Light, the Force permeates every living thing. The most iconic Star Wars characters are guided by the Force, whether they believe in it or not, and the biggest battles and wars in the galaxy come down to a fight between the light and the dark.

Fantasy Flight Games is proud to present Way of the Force, a new set of booster packs for Star Wars™: Destiny.

Featuring 160 new cards, Way of the Force revisits many of the saga’s most iconic characters in fresh new ways, focusing on their unique equipment, abilities, and tactics. Furthermore, look for mechanics introduced in the newest base set, Legacies, to be expanded on like Plot cards that will completely change how you play the game.  – description from publisher